A few days away by the sea. 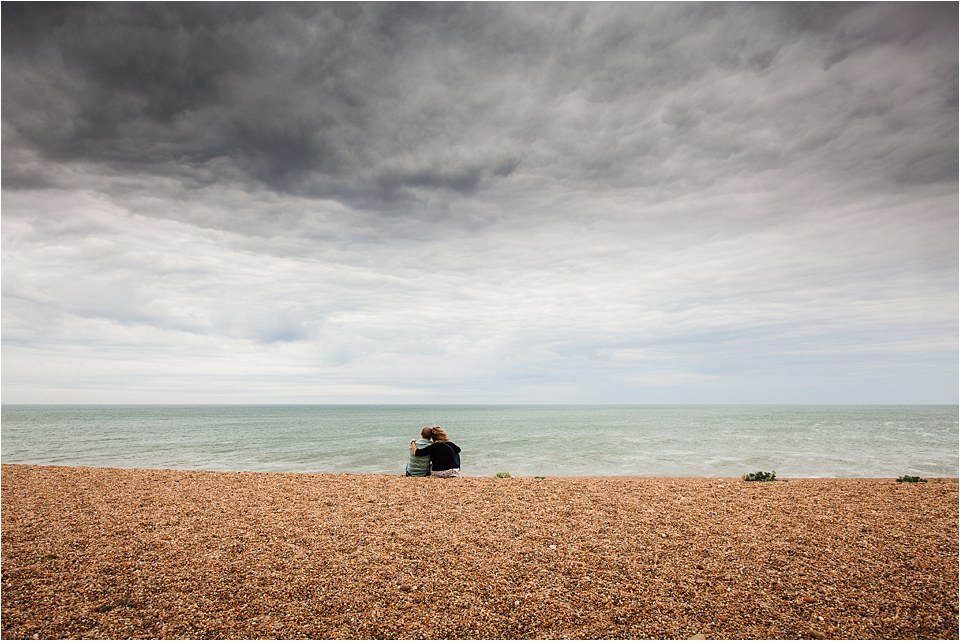 I can’t believe it has been 22 years since Hilary and I have had a little break away for more than 2 nights without our boys. So on the spur of the moment, we booked a whole 3 nights in a little B&B down on the Dorset coast in Lyme Regis. Ok 3 nights isn’t really pushing the holiday boat out, but at this time of year we’re both very busy, and anyway I’m not sure if Mrs H could put up with me and my camera for more than 3 days..I’m joking of course, she loves my camera.

After we had booked into our B&B and unpacked we made our way down this 1:1 hill (easy going down, it was the return journey I wasn’t looking forward to) into the town centre to explore and plan out our 3 day adventure.

We spent our first day being tourists and pottering around Lyme Regis visiting the various galleries, fossil and rock shops, walking up and down the promonade,  and then finishing up in the Harbour Inn, a lovely Pub resturant just opposite the Cobb. So after a lovely meal and a few glasses of wine it was time to attack the 1:1 hill and turn in for the night.

Up bright and early the next morning and over a freshly cooked english we planned the day ahead. I say planned, it was a matter of deciding which direction we should head once we were in the car. So we tossed a coin, heads for east and tales for west. It was heads.

We headed east along the coastal road stopping first at West Bay for an hour or so, and then carrying on to Abbotsbury, which was set amongst the hills behind the great Chesil Bank and well-known world wide for it’s Swannery and the Sub-Tropical Gardens. Although a small village, there is plenty to see, and the best thing of all, we had our first cream tea of the trip, and it was best cream tea we have ever had.

After our second helping of scones it was time to head back, freshen up and head down into Lyme for dinner. This time I left my camera and tripod behind to save on weight for the return hike, and what mistake that was, because I missed the most amazing sunset and cloud formation over the bay, a vista the great Ansel Adams would have captured and made look amazing. After the regrets and a little moan to Mrs H for not having my camera we decided to eat at a restaurant nearer to base camp so we didn’t have to contend with the hideous climb back to our B&B on a full stomach.

On our last day we planned on exploring some more of the coastline and neighbouring towns/villages. So after another full english we jumped in the car and our first stop was Weymouth. After a couple of hours of walking, a coffee, and ice cream we climbed back in the car and made our way west over to Seaton, eventually returning to Lyme for a late afternoon cream tea followed by a hunt for fossil’s down by the eroding cliffs. If you aren’t lucky enough to find a fossil that’s just lying there, as i did, just wait for the tide to make its way out, and then you’ll see hundreds of fossil impressions on the rock floor. I couldn’t believe how big and how many there were.

The tide started to turn, so that was our cue to finish up our fossil hunt and make our way back for dinner, back at the Harbour Inn.

This time I had my camera and tripod, so after dinner we had a late evening stroll along the Cobb and I managed to get a couple of long exposure shots. Unfortunately the light  and cloud formation wasn’t really happening, but it was nice to get a record shot anyway.

We had such a fantastic 3 day break, and I would highly recommend Lyme Regis to anyone, providing you don’t mind a hill or two. Come to think of it, after all that walking I think I need a holiday and a new set of calves…………. 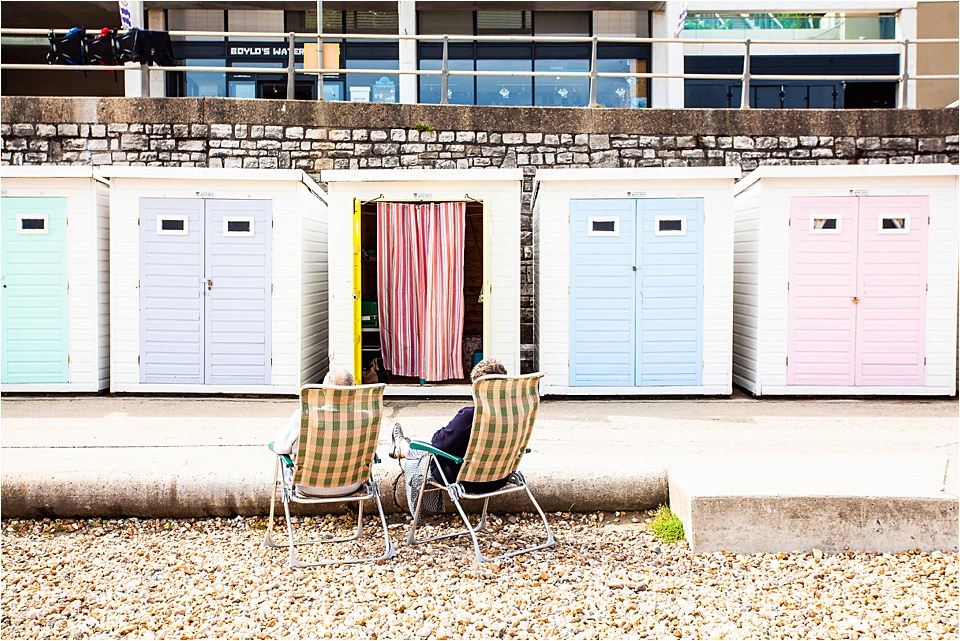 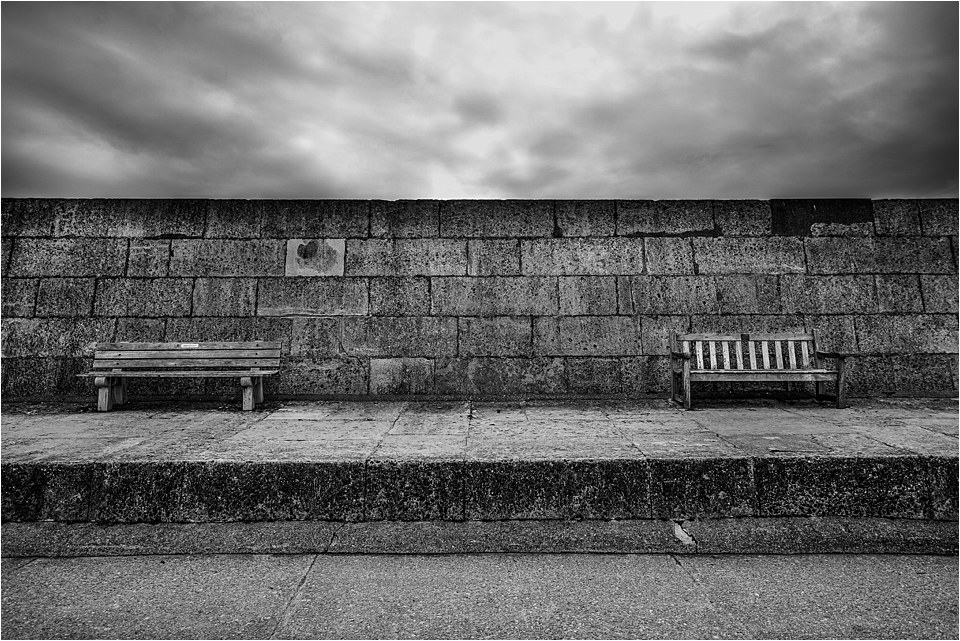 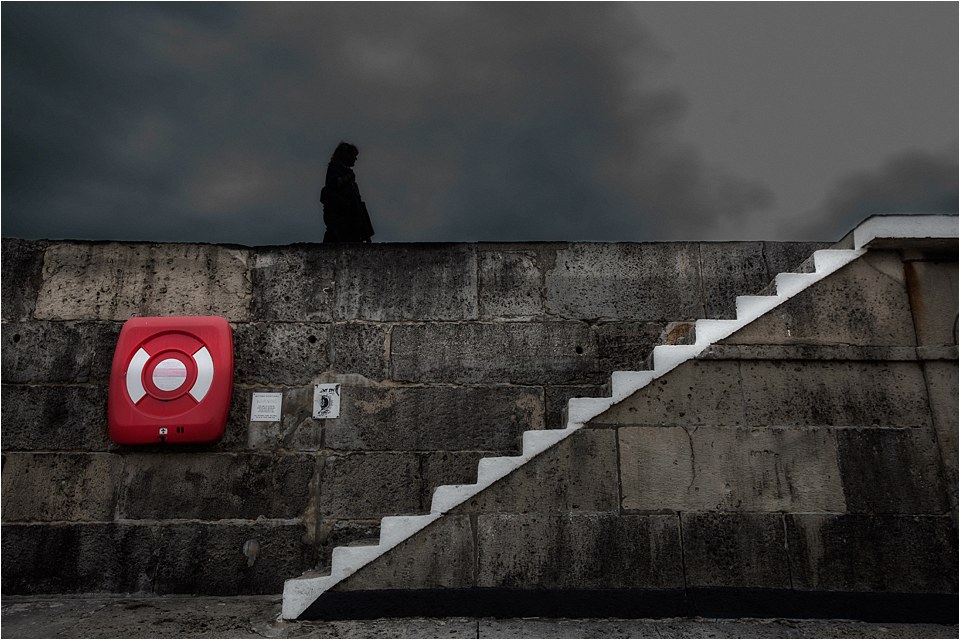 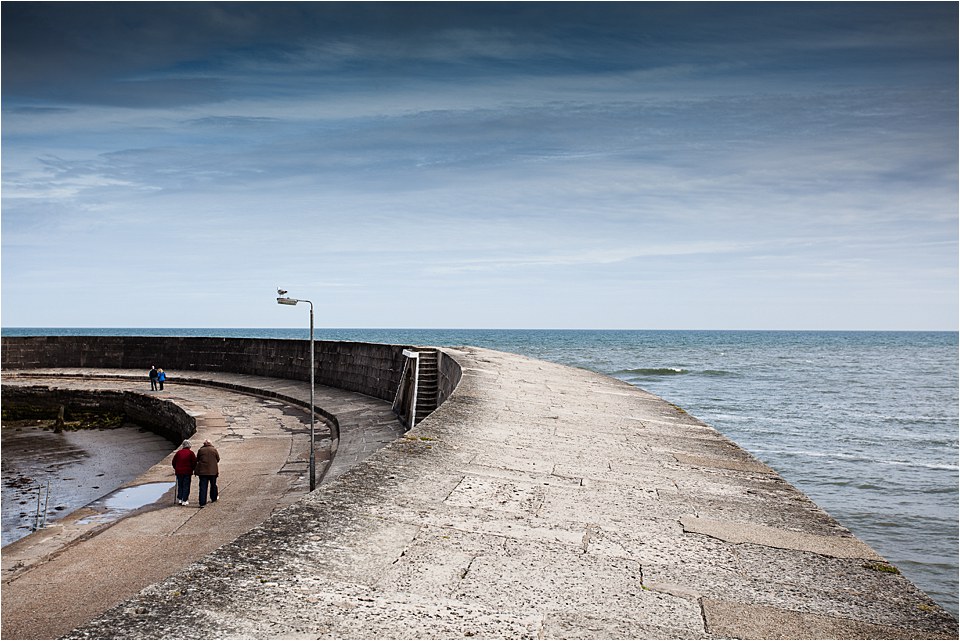 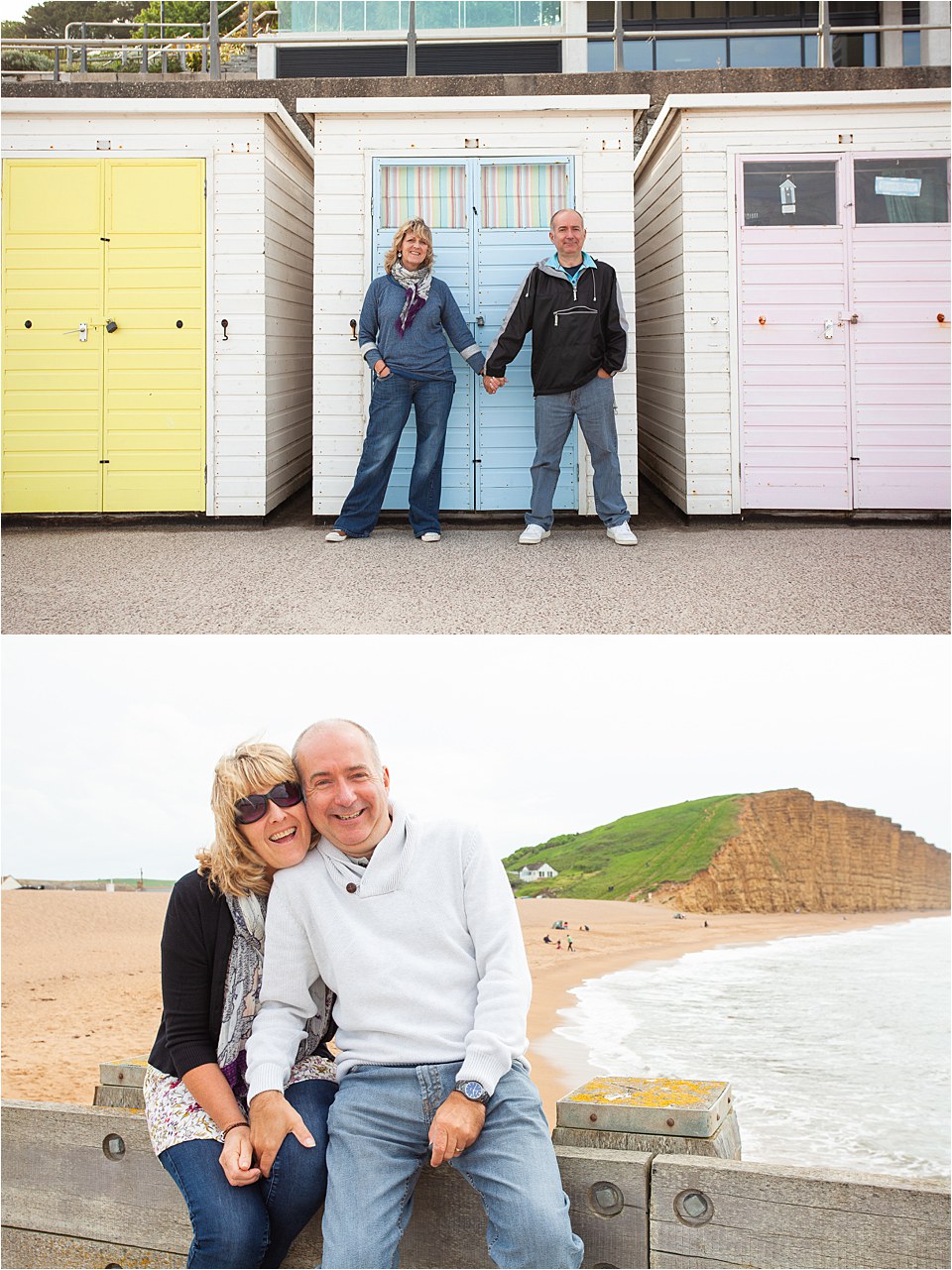 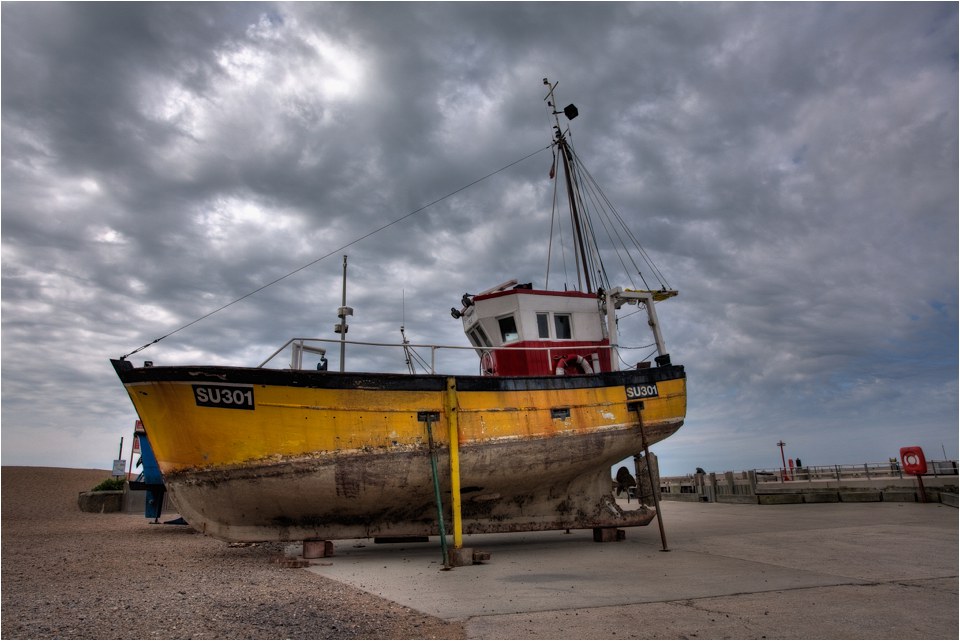 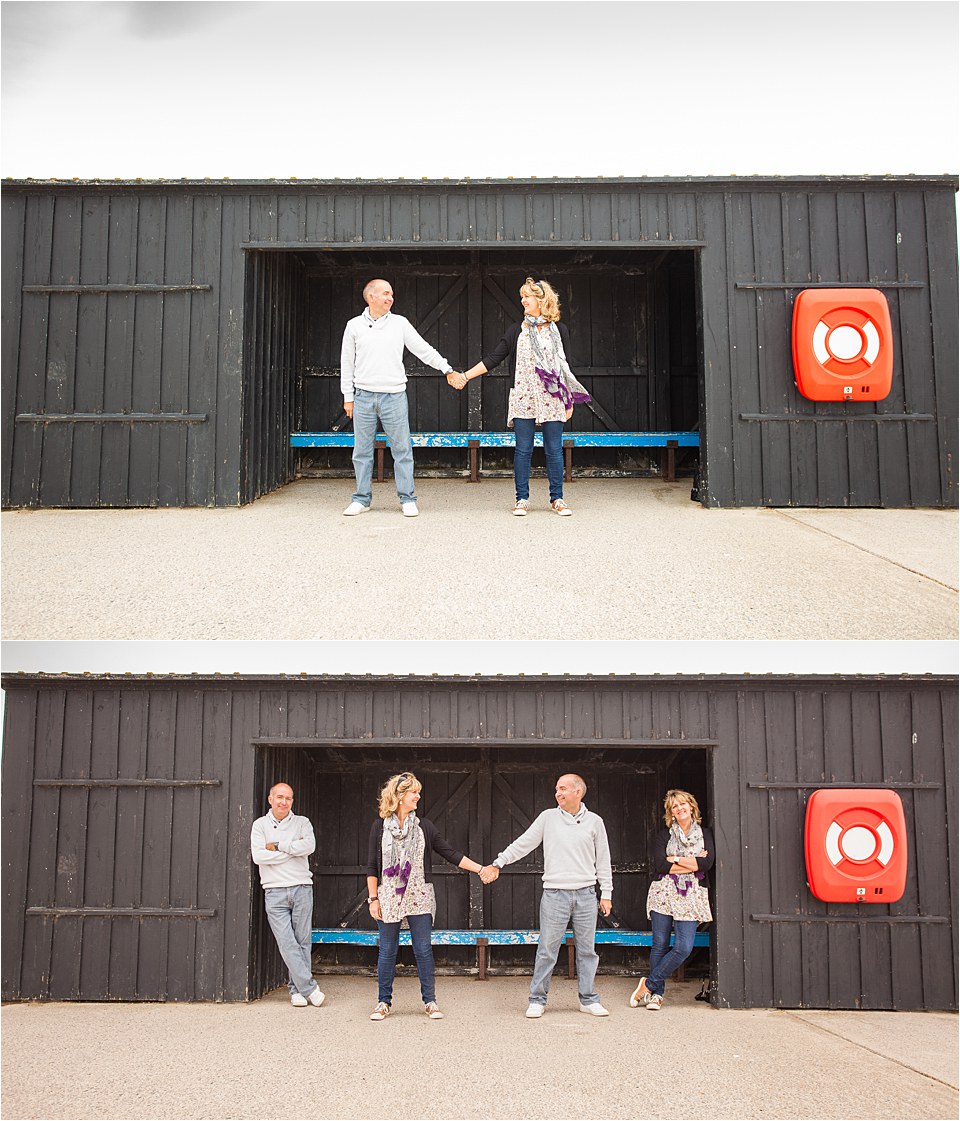 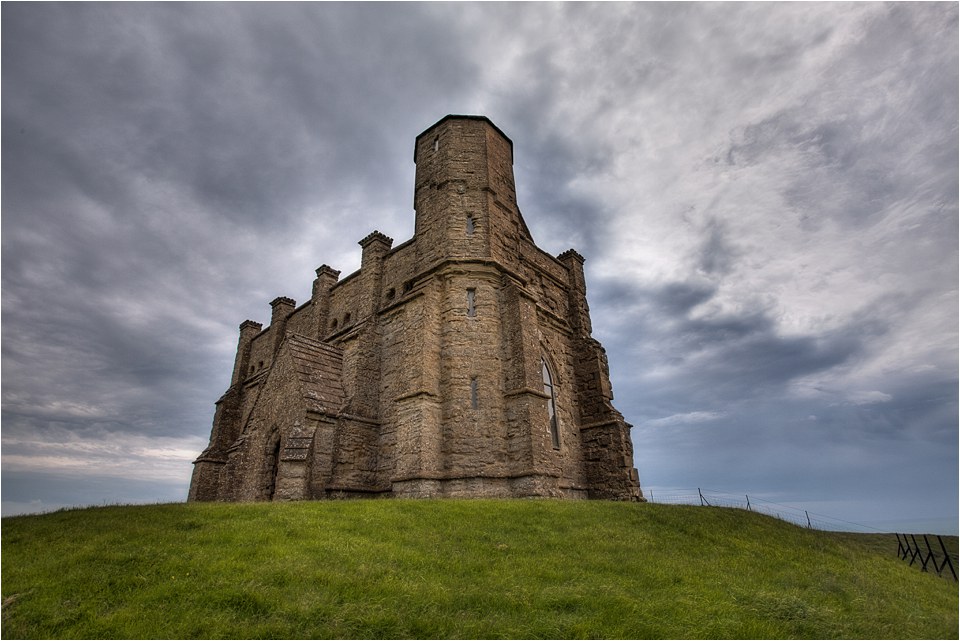 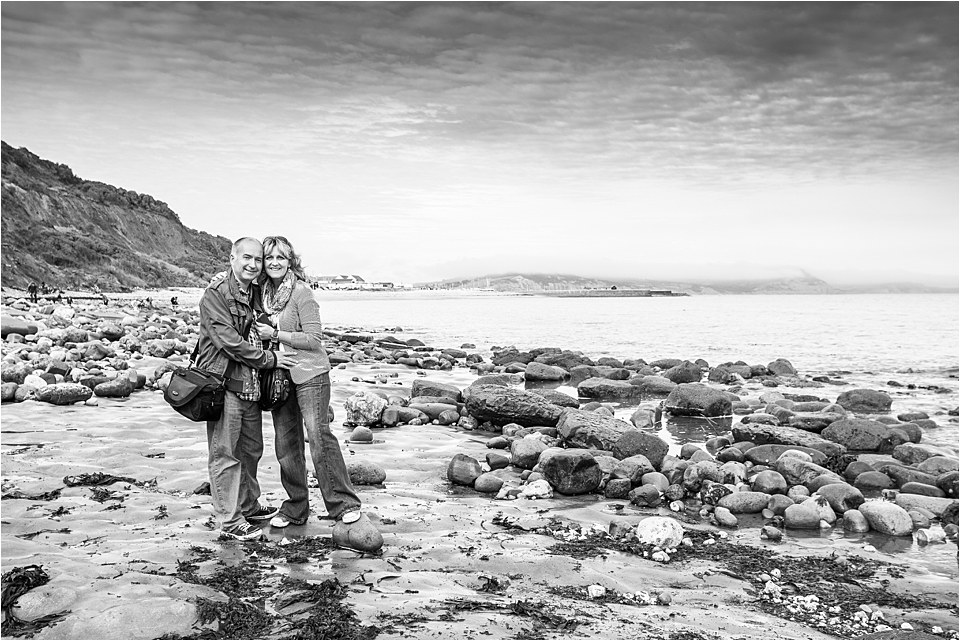 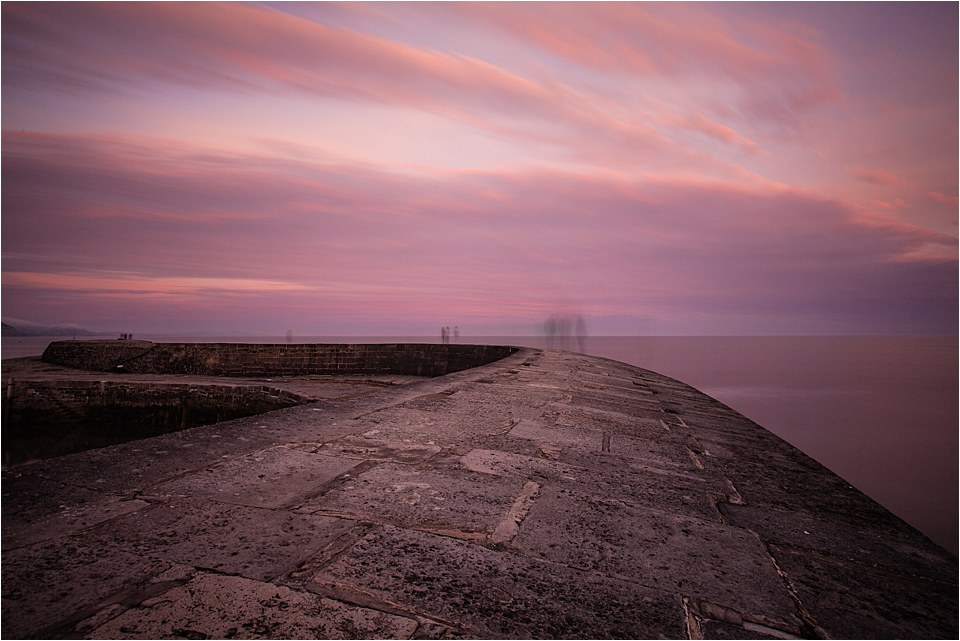